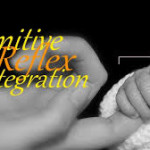 For many years the link between movement and learning was not widely recognised. However as we have become a more and more sedentary people, academic and experiential research have linked these two; with the Primitive Reflexes and early developmental movements being recognised as especially important.

What are Primitive Reflexes?

These are our earliest survival reflexes and emerge either in utero or in early infant-hood. They should be fully integrated by about a year to make room for the postural reflexes, the ones that help us to stand upright.

Unintegrated Reflexes can cause havoc, consider the following situation:

James was age 14 and in grade 10. He presented for his appointment defiant and unsure. James was having difficulties at school, he had been bullied when younger but now seemed to be the one bullying.

James leapt backwards, arms out stretched, eyes wide open, swearing like a trooper. He had just exhibited a fully developed Moro reflex, the primitive startle reflex that babies exhibit up to the age of 4 months.

James’ troublemaker image and self esteem difficulties grew from the fights he started while in the locker bays. Fights he denied starting. The jarring sound of locker doors slamming activated the Moro reflex. James’ would reflexively lash out and the cry he would have made as an infant became uncontrollable swearing. This guaranteed a reaction from others that often developed into a fight.

The Moro reflex, one of the Primitive Reflexes, is the infants fight or flight response to danger. It should have emerged at about 9 weeks in utero and have been fully developed and integrated by 2 – 4 months of life. It then becomes replaced by the adult startle response where it it possible to stop and discern if the noise has an element of danger to it and only then react.

James’ unintegrated Moro Reflex meant he was physically and emotionally being put into fight or flight survival mode by every loud noise he experienced.

In James’ case a quick birth and infantile illness had combined leaving the Moro reflex together with several other early reflexes ‘stuck’ in his system. He could operate ‘normally’ only when he was totally relaxed. The stress of high school combined with the teenage hormones meant that this rarely happened. He was constantly ready for the Sabre Tooth Tiger to attack!

A few sessions enabled his system to rewire itself and integrate the reflexes into the soon to be adult system. Instead of continually trying to contain himself, James gained real control over his emotions and outbursts. His self esteem improved, his learning became easy and his results improved and he was once again able to be his own wonderful self.

Our body is a miraculous thing, it can learn to deal with almost anything. But often through compensation.

Many of us have some incomplete early development patterns that leave us vulnerable to stress. Most of the time we compensate, until we hit enough stress for that compensation to collapse.

Sometimes you can see this physically, for example in someone who is normally coordinated who starts bumping into things when they are tired or stressed.

Emotionally we can say or do things we later regret. Old emotional issues emerge and our health can start to decline. Our thoughts and feelings become conflicted and learning anything new becomes at best difficult.

The miracle of movement…

We all know a good walk often calms down the most emotional issue – but if unintegrated reflexes are the cause then they will continue to stop us from accessing our full potential anytime we hit our particular stress wall.

By discovering which early movements are blocked, where the difficulties lie and then fully exploring them we can help them to become integrated and life becomes far more easy and joyful.

To find out more about primal reflexes and early childhood development email me at create@gaylandeta.com.au

Copyright © 2014 Create the Life. All Rights Reserved. This article may not be used without the prior written consent from the author.