Shedding the old, a clients story 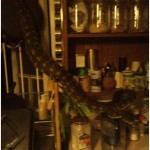 Here is another beautiful experience shared by a client. If you have been considering if regular visits might transform your life you might enjoy being inspired by Catherine. When she arrived she was feeling hopeless, it was only early January and already she had no resources for the challenging year ahead. She needed to be OK during the huge changes she was facing at work and within her family.

With monthly visits to support her journey, Catherine’s year flowed more gracefully than ever before. By gently chipping away and then reinforcing each change Catherine transformed the way she perceived her life and the way she interacted with others. She developed better communication skills and made constructive changes to how she approached her workload, reigniting the joy she originally found in her work. Her home life became happier and her partner even came in for a few sessions to get him on track. With her commitment to her personal and spiritual growth supported by our monthly sessions her changes became hardwired and she was able to retain her connection to herself, regardless of what the universe threw at her.

Clear eyes, full heart.  This is how I feel now, after regular monthly sessions with Gay.

When I first arrived at her digs I was crying all the time: fatigued by work, bereft after the death of my father, inconsolably negative about a court case that I was facing, and devastated at the ending of a contract that had brought me much kudos and responsibility.

I was unable to look outside of this world and I knew that I would not make it through the year without a complete overhaul.  Gay worked her magic patiently, listening is one of her most effective strategies: simple and significant when you are at your lowest ebb.

Kindness and mindfulness were given to me and I was amazed at how I responded to this because the sessions seemed too effortless, so profound that at first I did not believe that anything was happening – how could it, I didn’t seem to be doing any work on it?

Then she showed me the picture of the snake (2013 was the year of the water snake) coming through the window of her kitchen: seeking refuge from the nearby creek, preparing to shed its skin, potentially dangerous, potentially benevolent.

For some reason I resonated with this as Gay was able to explain that we really do the rehearsal for life in our thoughts, before our actions. Seeing positive potential is a great gift but can only be done when the self can acknowledge the pain and suffering that has brought them to the place of enlightenment.  I’m not saying I am enlightened, but I get more glimpses of this now than I ever had before. It does not diminish the snakes of pain and suffering, rather I have learned to pay my respects and live in parallel despite the remaining issues.

Yes, opening up to resisting negative self-talk, or putting too much emphasis on the outcome has changed me and reduced anxiety.  I pass this on at my work to mentor my younger colleagues and genuinely enable them to seek their own potential without fear of self-annihilation.

I have taken up horse-riding, AFL membership, and just spending more time with my children who are wiser than I had previously thought they were.  This has literally been a life-saver; I had nothing else to give.  The next time I cried as much as I did when I first met Gay was after my return from India last November: overwhelmed, this time with joy, life force, blessings and challenges. April 2014.