Searching for Potential, a clients story 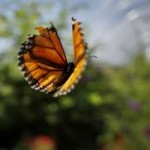 I hadn’t seen this client for year or so when she came in last month – it was so wonderful to hear the positive change in her life. She had returned to take the work she had done to a deeper level.

These stories are typical of my clients so (while each individuals journey is unique) I hope they inspire you with possibilities!

‘Sue’ arrived feeling she was blocked from her real potential. She needed to release old issues with her family and the guilt and resentment that was building inside. She was also concerned about a pain in her right ear that had been cleared in an MRI but was not going away. We discovered the pain was related to her childhood and had started to crystallise into her energy. Leaving it unchecked may have led to more serious issues, releasing it cleared up the presenting pain and allowed her to think rationally and feel less emotionally involved with the family drama. She also realised how out of sync with herself she had been.

Over the next three sessions we released her need to live up to expectations and dealt with the anxiety that paralysed her.  She let go of her past painful experiences and moved through forgiveness to acceptance. She and her boyfriend decided, sadly but truthfully, that they wanted different things and parted however, as she was ready to honour herself first for the first time in her life, she was able to accept that and move on. Six months later she and her boyfriend decided to have another go and, with her new improved perspective of herself, they created a totally new relationship, honest, healthy and respectful, and are getting married later this year.

When I first came to see Gay I was at a complete loss. All I knew was that I needed help. I was desperately unhappy, had no confidence and didn’t even know where to begin.  After just one session I gained a deeper insight into myself and began the amazing journey towards living honestly and lovingly. Each time I have met with Gay (only 4 times in the last three years) I have walked away with a tool kit of clarity and inner strength to move forward. Her approach is genuine, comforting and completely personalised. For me, it’s like drinking tea with a friend and walking away a better version of me. I cannot recommend her highly enough and will never be able to thank her for the amazing impact her time and beautiful skills have had on my life. March 2014